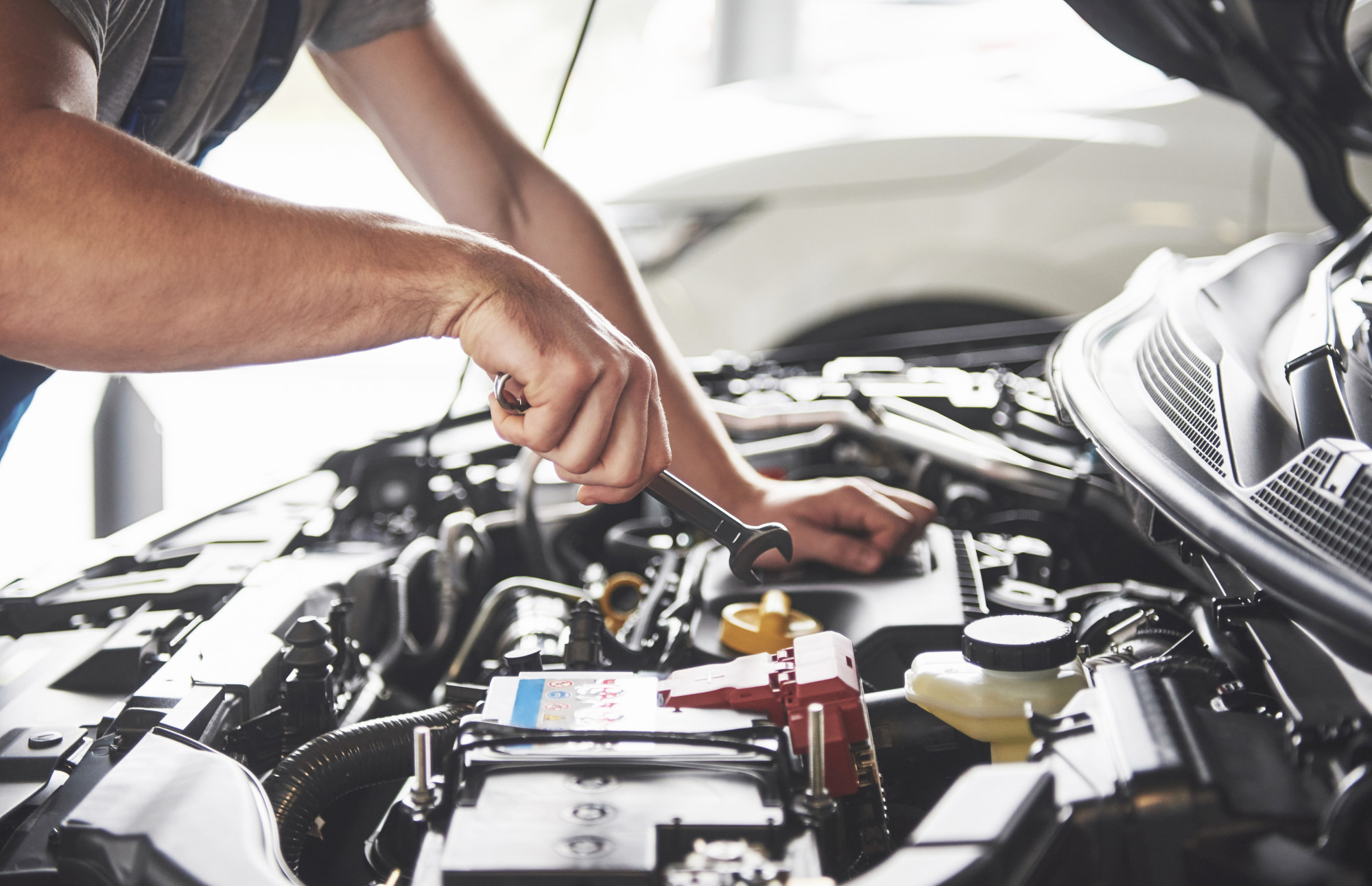 If you’ve owned a car for any length of time, you know there are so many parts that can wear down or break. Unless you’re a mechanic, it’s really hard to know when things need replacing or not.

The timing belt is one of the most common issues in a Diesel engine. If you know what you’re looking for, it’s easy to know when you need a timing belt change.

Read on for a full list of the most common symptoms of a bad timing belt.

One of the best indicators that it’s time for timing belt replacement is when the engine is making out of the ordinary noises.

This is also a very difficult symptom to tie down to the timing belt because it can also be related to several other potential issues. There are very specific things you should listen for if you suspect the timing belt.

If your timing belt has been damaged or is wearing out, you’ll likely hear a ticking noise.

This is created as the belt rotates around and the damaged or worn area hits another part of the mechanism. It will likely be fairly regular and consistent, which may make it hard to notice if you get used to the noise.

You may also hear a loud, high-pitch whining sound as the belt struggles to get through its rotations. This noise generally happens when you first start up the car or changing speeds.

Whenever you hear an odd noise, it’s important to take it in as quickly as possible because something is definitely not right.

Every car has the ability to idle, it keeps the engine running and prevents you from having to restart the car after every stop.

This ability is an important function of the car and is needed to keep the car running as efficiently as possible. When a car can’t idle correctly, it can lead to problems in other areas of the vehicle.

Timing belts are used to keep the engine components firing in sync. When it starts to degrade or gets damage it can throw the whole engine process off balance.

When you have come to a stoplight and put your foot on the brake, your car should continue with power the same as when you’re moving. If it shuts down or shakes instead, it’s a good idea to have the timing belt checked out.

Most cars will have a little bit of vibration to them while they’re cruising down the road. That’s normal and shouldn’t interfere with your ability to drive.

But when your vehicle begins to have intense vibration or even shaking as you’re driving, there is a serious problem. That’s why it’s an answer to the question “do I need a timing belt change?”

These vibrations are usually felt in the steering wheel. They can even become so intense that you can visibly see the wheel shaking if you take your hands off.

The vibrations show just why the timing belt is so important for the overall functionality of the car. Without a proper timing belt, all of the engine parts get out of sync with each other causing the whole thing to shake.

As with a lot of car issues, this symptom could be the result of several different root problems. So taking it in for a thorough inspection can help you figure out the real solution.

Possibly the most important job of the timing belt is to help the engine fire up. It’s an essential element to the ignition, without it functioning at 100% the car can’t start.

If your timing belt is just wearing down or has a little bit of damage, the car may still be able to start. It will just take a few tries and you’ll have to get lucky. But if the timing belt has completely broken (or is very close to that) the car won’t start at all.

It’s important to note that you’ll still hear the car trying to start. This is the starter motor and it sounds like the car is really trying.

But without that timing belt functioning, it won’t be able to get the job done.

Obviously, if your car isn’t starting it’s not usable. So getting it to a mechanic while it’s just struggling to start is the key to avoiding this issue altogether.

A very obvious symptom of problems with timing belts is visible oil leaking or exhaust fumes.

When you notice that there are oil drips underneath your car on a regular basis, try to take notice of where the leak seems to be coming from. If the oil is located near the front of the motor, it could possibly be the timing belt.

This leaking can be a sign of the timing belt cover being misaligned as well.

A drop in oil pressure, even with the absence of a visible leak, could also be an indicator of a problem.

There should never be smoke or exhaust fumes coming from your car, that’s almost always an indicator of a serious problem. It could be the timing belt because the engine process is disrupted and the exhaust is not letting things out at the right time.

Whenever something is coming out of your car that shouldn’t be, you should take it to a mechanic.

Time For a Timing Belt Change

As with most things, it’s important to handle automotive repairs as soon as possible. The longer you put off a damaged part, the more damage it will do to the rest of the engine.

Once you realize you need a timing belt change after experiencing any of the symptoms we talked about, it’s time to contact a professional.

After your Diesel engine has received its new timing belt, you’ll be back in working order with much more peace of mind. So you want to make sure the job is done right by someone with the right training.

If your Diesel engine is in need of repairs or service, contact us today to book an appointment! 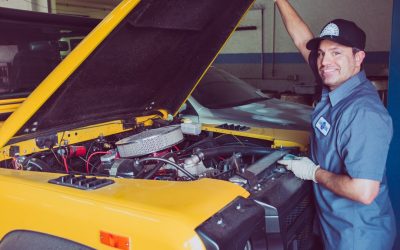 Do you own a diesel truck? There's no denying the importance of regular maintenance to keep it running properly. That's because you work hard and rely on your truck to hold up day after day on the job and on the road. When you experience mechanical issues with your... 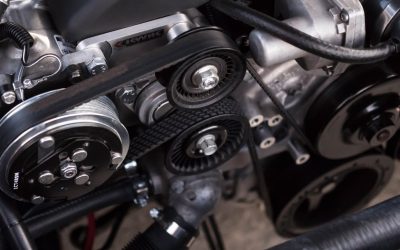 How Often Should You Do Diesel Engine Maintenance?

Did you know that diesel fuel contains approximately 10% to 15% more energy than gasoline? This means that vehicles with a diesel engine can travel about 20% to 35% farther on one gallon of fuel. However, to get the most out of your engine, you have to keep up with... 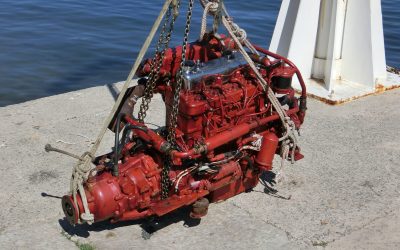 How to Maximize Diesel Engine Efficiency

Did you know that 70% of U.S. freight is transported by Class 8 trucks? Whether you're transporting oil, food, or another commodity, you need to increase your diesel engine efficiency as much as possible.  Especially now, with diesel prices on the rise, truckers... 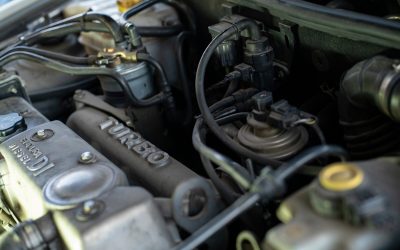 Diesel vs Gas: What Makes Diesel Better Than Gas?

Since 1897, when Rudolf Diesel invented the four-stroke combustion engine, we've used diesel in our trucks to transport goods across the country. Our biggest and most powerful vehicles run on diesel, and that's a testament to the capability engine it runs on. The... 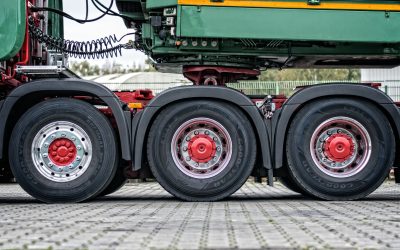 5 Sure Signs You Need New Truck Tires for Your Diesel

Do you know that tire blowouts cause over 78,000 accidents each year? They are also thought to be responsible for over 400 deaths. Like every other component of your vehicle, tires will deteriorate over time. Older tires are typically weaker than new tires. This can... 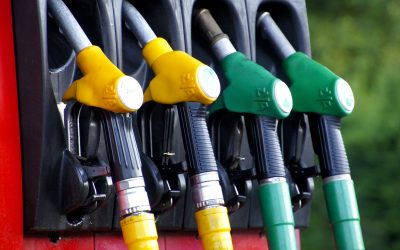 Diesel vehicles make up about 3% of all vehicles sold in the United States. If you own a big body pickup truck or would like to, diesel versions are some of the best trucks to own. Understanding how to maintain these trucks will help you become a better and more... 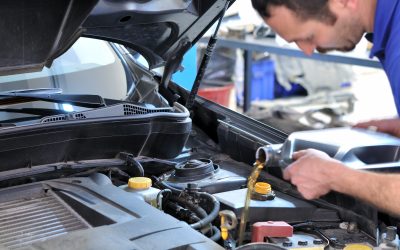 Diesel trucks or as we like to refer to them, workhorses, have almost single-handedly built America up over the years. Without the brute force and power of these vehicles, many jobs would be left unfinished. With cult status achieved, looking after and maintaining... 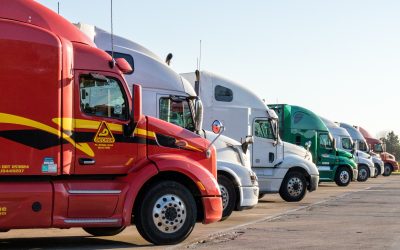 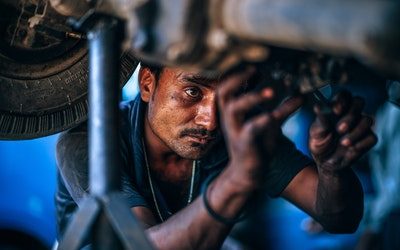 When properly cared for, diesel trucks can last you a long time. They can go for at least 500,000 miles all the way up to 800,000 miles. In comparison, gas trucks only have about 200,000 miles in their lifespan. A diesel truck has a heavy and sturdy body. However, its... 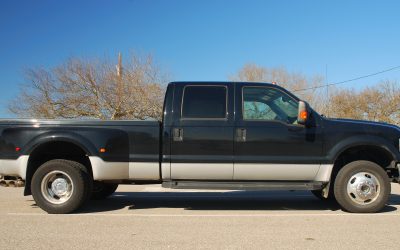 If you have a diesel truck, you likely rely on it for several tasks, such as carrying loads, pulling, pushing, and more. However, just like any other vehicle, to remain productive, ongoing and regular maintenance is necessary. Even better, regular maintenance will...